The ACTIVAGE Project funded with 20 million euros to be carried out as part of the European Commission’s H2020 programme is being showcased in Madrid.
This initiative is being coordinated by Medtronic and involves 49 partners, 10 of which are industrial, 14 leading research institutes or universities and 11 major corporations plus 15 highly innovative small and medium-sized enterprises.
This is a large-scale pilot scheme which will be carried out over the next three and a half years, actively involving nearly 10,000 older persons in seven different European Union countries.
ACTIVAGE will be testing a wide array of services based on the “Internet of Things” technologies for the purpose of enhancing the empowerment of ageing people and increasing their independence by ensuring active, healthy ageing. 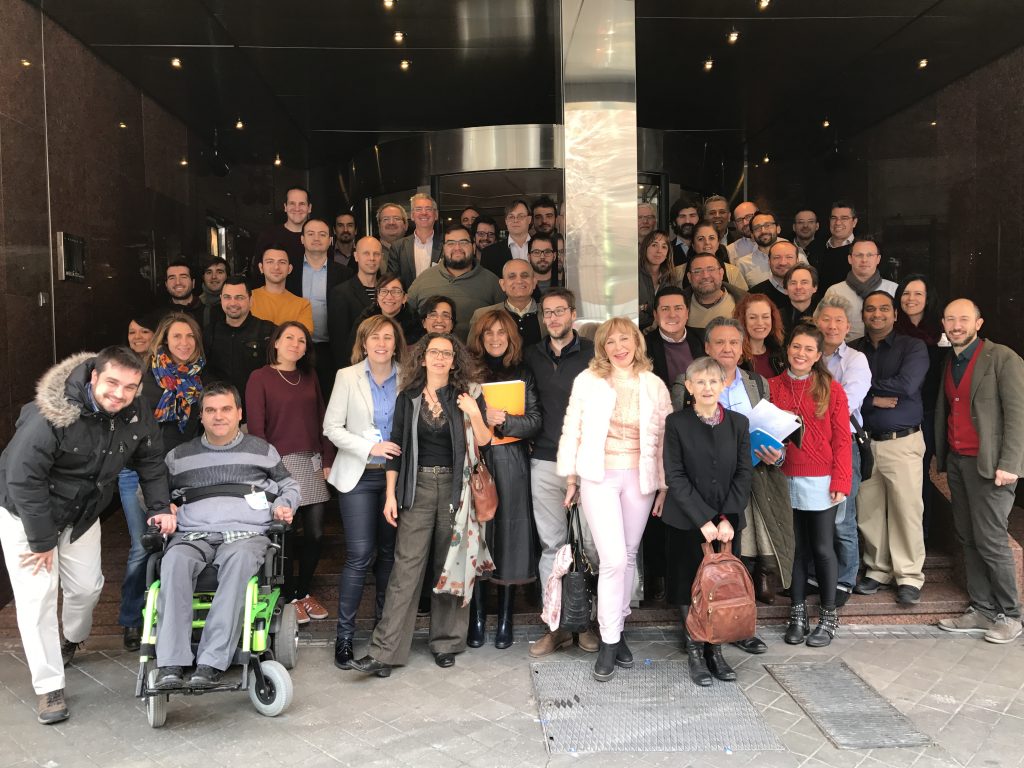 Madrid, 19 January 2017. The European Commission has fired the starting shot in Madrid getting the ACTIVAGE Project under way, this project being an initiative aimed at meeting the challenge posed by the ageing of the population via solutions entailing the use of the Internet of Things, a digital interconnection-based concept which, in this case, will make it possible to make older persons safer, contributing to their staying independent and having an active social life, as well as reducing the negative impact involved in chronic disorders and degeneration.

The ACTIVAGE Project has the support of 49 organisations, 10 of which are industrial, 14 leading research institutes or universities, 11 major corporations plus 15 highly innovative small and medium-sized enterprises and is coordinated by Medtronic Ibérica under the auspices of the European Commission. According to the coordinator for this initiative, German Gutiérrez, the Commission has a great team of experts devoted to innovation programmes within the framework of the H2020 programme. “The R&D&I lines which are of interest from a common, global European perspective actively involving a large number of external stakeholders have been clearly defined. In this regard, for the Commission and for ACTIVAGE, the collaboration among these stakeholders is fundamental for achieving the planned objectives”.

As Gutiérrez explains, this is a large-scale pilot scheme that will be carried out over the next three and a half years: “It will actively involve nearly 10,000 older persons in seven different European Union countries, by carrying out a number of services based on Internet of Things (IoT) technologies for the purpose of furthering the provision of services intended for achieving active, healthy ageing”. The pilot will be implemented in Madrid, Galicia, Valencia, Emilia-Romagna (Italy), Greek Cluster: Attica, Central Greece and Macedonia, Grenoble (France), Woquaz (Germany): Region of Hessen, Leeds (United Kingdom) and Finnish Cluster: Cities of Espoo, Tampere and Turku. (See Computer Graphics).

In the opinion of the Associated Coordinator and Business Manager for this project, Sergio Guillén, ACTIVAGE has tremendous potential in different spheres: “This is an innovation project aimed at creating and testing quality indicator-based evidence on the positive impact which the IoT is going to have on improving the quality of life, health, well-being and independence of older persons, but also on the sustainability of the health and social services systems in the European Union countries”. Guillén states that this initiative will also have a direct bearing on the industry’s competitiveness and job creation, especially in the Europe’s small and medium-sized technology companies, given that it will be creating a space conducive to the development of new products and services on a market comprised of 90 million people.

“This project is comprised of three piloting phases which will make it possible to avail of technical and scientific evidence confirming our hypotheses or showing us what adjustments need to be made in the initial approaches. During the final six months, we will be focusing on consolidating the growth programmes in each zone and on their becoming a reference point for the other countries in the Union”, assures the Associated Coordinator and Business Manager, who emphasizes the European nature of this initiative: “ACTIVAGE is an important aspect in carrying out the strategy for the digitisation of European industry and the sustainable development of reliable, secure, interoperable IoT technologies which will ensure citizens’ privacy and rights. This is on one single scale, which is the European scale”.

The western countries and Europe in particular are finding their populations to be rapidly ageing due to the longer life expectancy and the low birth rate on the European Continent, a phenomenon which is anticipated to quicken in pace over the next few years. This trend is a source of concern particularly in the case of Spain, where there are twice as many persons over 50 years of age (17.9 million people) those under 18 years of age (8.7 million), making it necessary to find solutions which will make it possible to enhance the empowerment of older persons and increase their independence. “Diseases which were deadly in the past have now most fortunately become merely chronic disorders, which is leading people to become involved in health care without this care necessarily being carried out solely in hospitals. The ACTIVAGE coordinator ends by saying: “The industry must be aware of these changes by incorporating progressively more home environment-oriented solutions into their clinical proposals”.